A DIFFERENT KIND OF WRITING WORKSHOP

7 or 8 Three-Hour Sessions; 1st WINTER session begins LATE DECEMBER (or EARLY JANUARY. Dates & times to de be determined depending on the needs of the class (We will do our best to accommodate people’s schedules—most likely a weeknight). The workshop may culminate in a public reading /performance/talk, depending on the interest of the class.

Cost: $250: Check, money-order or cash are all acceptable.

Class Description: Do you have something to say, but don’t quite know what is the best way to communicate it? Do you need to write for the sake of self-knowledge or catharsis, but aren’t sure if you want to make it public? Did a friend, teacher or other professional writer call your writing a ‘mere journal entry?’ or a ‘song lyric?’ Did they say your poetry rhymed too much, or maybe not enough? Did they say your prose was too poetic, or had too many ideas and not enough characters? Are you frustrated that the writing they often claim is ‘better’ than yours doesn’t really speak to you? Do you believe your writing may very well be able to better the lives of others? Do you believe in magic? Do Ya?

If you’ve answered yes to any of these questions (or even if you think they’re silly), this is the workshop for you. Taking each student’s writing and/or performance pieces as its starting point, this workshop encourages students working in varying different ‘genres’. Students may work within one genre throughout the entire course, but will be encouraged to explore a range of stylistic options including poems, manifestoes, creative non-fiction, dialogue pieces, songlyrics, poem-paintings, texts that redefine or de-define genre, ‘hybrid texts’ or ‘non-poetry.’ Students will offer critiques of each other’s work to create a dialogue within a ‘unity in diversity’ approach. By the end of the class, students can expect a deeper understanding into the creative process as well as the business of publishing or other ways of making their work public. Note: This class is intended for all levels.

Chris Stroffolino is the author of seven books of poetry, including Speculative Primitive (2004), Scratch Vocals (2003), Stealer’s Wheel (1999), Light As A Fetter (1997), Cusps (1995) and Oops (1994). He also published two books of literary criticism, Spin Cycle (2001), and, with David Rosenthal, a book length study of Shakespeare’s 12th Night (2000). Since 2001, he’s been singer/songwriter for Continuous Peasant, and has also performed and recorded with The Silver Jews, Jolie Holland, Greg Ashley, Brian Glaze, and Rising Shotgun. His music and cultural criticism has appeared in The Bigtakeover, Kitchen Sink, Big Bridge. He was a recipient of a 2001 New York Foundation for the Arts grant before moving to Oakland where he was Visiting Distinguished Poet at St. Mary’s College from 2001-2006. He has also taught at San Francisco Art Institute, Mills College, Rutgers University, NYU, LIU, Temple, Drexel among others, and received a 2008 Grant from the Fund For Poetry. His poetry has been widely anthologized, and translated into Spanish, Bengali, Hungarian, and Dutch. He also has edited literary journals and curated several reading/talk series.

To Register, contact Chris Stroffolino at chris.stroffolino@gmail.com or 415-260-7535. Spaces are limited. No more than 10 students will be accepted per class. Interested students should submit a short 1-3 page sample (or 2 MP3 if working in primarily an audio format).
Posted by Valyntina Grenier at 12:32 PM No comments:

Thank you Tony and Tobias for making room for us!!!!

AND THANK YOU THANK YOU TO ALL OF YOU WHO ARE A PART OF THE LIFE-LONG PRESS COMMUNITY ! you have my heart +V 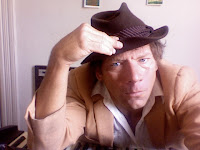 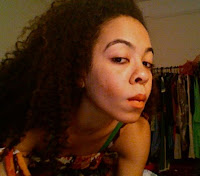 Harmony Holiday is a graduate student in the MFA program at Columbia University. She teaches dance and writing part time in New York and is currently completing her first collection "Negro League Baseball" and working a chapbook entitled "Scripture for the Perverts" based on Freud's "Three Essays on a Theory of Sexuality."

Brian Teare is the recipient of fellowships from the National Endowment for the Arts and MacDowell Colony. He was also a Stegner Fellow in poetry at Stanford University. He has published poetry and criticism in American Poetry Review, Boston Review, Ploughshares, Provincetown Arts, St. Mark's Poetry Project Newsletter, Seneca Review, Verse and VOLT, among many other journals. His first book, The Room Where I Was Born, won the 2003 Brittingham Prize and the 2004 Thom Gunn Award for Gay Poetry. Two new books are forthcoming: Sight Map (University of California, 2009) and Pleasure (Ahsahta, 2010). He lives, teaches and makes books by hand in San Francisco.

Jane Miler’s recent collection is Midnights, poetry and prose in Saturnalia Press’s artist/poet Collaboration Series, #4, 2008, with visual art contributed by Beverly Pepper and an introduction by C.D. Wright. Jane has also published several poetry collections with Copper Canyon Press, most recently a book-length collection, A Palace of Pearls.
Posted by Valyntina Grenier at 12:47 PM No comments:

CHANGE is my savings plan!
Posted by Valyntina Grenier at 10:16 PM 1 comment: 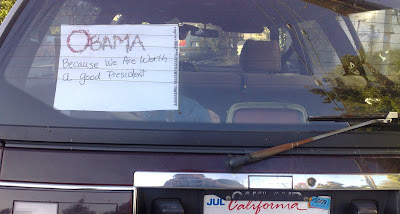 !Endorsements from Life-long Press!
I was talking w/ a friend, Suchi, about tomorrows election some weeks ago and she wondered why it is not called "Voting Day." I know there are a few days on which we are meant to hit the poles or meet our vote by mail dead lines however, like Suchi I feel that if it were called voting day perhaps more people would feel compelled to vote. I also believe, as was my voter status in my late teens and twenties, that many people do not vote because they find voter information ballots and conflicting television adds "overwhelming" or "confusing." Because many Americans are simply not taught how to vote inquiry into the issues and candidates and the act of voting itself is seen as a "task" rather than a RIGHT and the opportunity to educate one's self is not undertaken. At this point I take my right to vote as fundamental to my behavior as a; citizen, artist, worker, family member, friend, student and educator. It is my privilege to go public w/ the choices I will be making on voting day. I have based my decisions on the voter information pamphlet for the general election and for Alameda County, conversation at the work place and w/ friends, television adds and news programs, as well as the San Francisco Bay Guardian. There are a few issues I am still undecided about and would love to hear your input so please comment w/ any of your opinions. I also want to wish Suchi a happy Voting Day Birthday, thanks for inspiring my thinking and my decision to spend a little extra time to share my opinions in public. 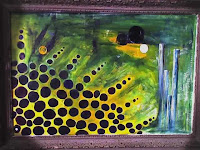 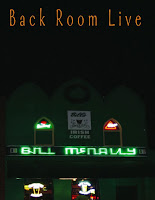 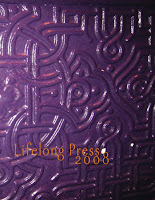 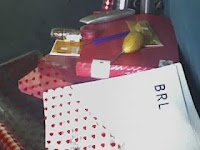 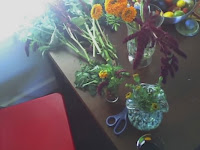 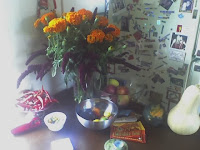